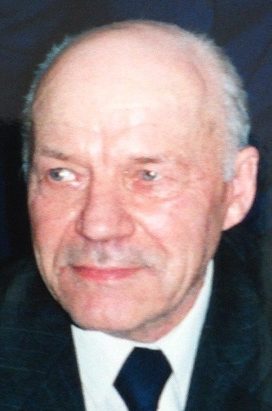 Bernadette and family, so sorry to hear of your father’s passing. My thoughts and prayers are with you all at this time. RIP Mr. Marche!

Greta, sorry to hear of your Dad’s passing. Just found out last night. Take care, I understand completely how hard it is. Hugs.

So sorry – Condolences to all family and friends .

May fond memories of your father and grandfather bring you comfort during this difficult time. Our thoughts and prayers go out to you and your family. With our deepest sympathy.

To….Bernadette and Lisa and family, So very sorry for your loss…Our thoughts and prayers are with you at this time. Theresa and Allan Tobin. ,

Carl, Judy and the Marche family
So sorry for your loss. Thinking of you with sympathy at this sad time. Take comfort in knowing that he suffers no more.

Very sorry for your loss. Thinking of you during this difficult time.

Sorry to hear of your Dad’s passing. Our thoughts and prayers are with you all.

My sincerest condolences to all of the extended Marche family. Herman was a wonderful grandfather to Paige, a great grandfather to Harper, a coworker for many years as well as a valued friend. He will not be forgotten. Rest in peace sir.

To Bernadette, Lisa and the March family
So sorry to hear of Mr March’s passing. Please except our deepest sympathy. God Bless you all in you time of sorrow.
Wavey and Winston Cutler

Words can not express how sad I was to hear of the passing of Herman. He was a staple resident of St. Luke’s Home and will be sadly missed by all of us that worked there. Please know that my thoughts and Prayers are with you all.

Nn. Brenda Marche
Our thoughts and prayers are with you on this difficult time. Your loving kindness in caring for him will never be forgotten. You heap up treasures in heaven and admiration from all who witnessed it. Gratitude and
Love to all.

Greta, so sorry to hear of your Dad’s passing. It was a pleasure to have known him.

Thinking of you all during this very difficult time and sending my sincerest condolences. I will keep you in my thoughts and prayers. I know your dad/grandad will be greatly missed.

Our condolences to the Marche family. May the memories and the stories that have been and will be told in the next few days be a comfort and give you peace.

Our sympathies go to the Marche and Marcotte families.
May he live forever in your hearts. So sorry for for loss.

Our condolences to the Marche & Marcotte families on the loss of your father & grandfather. May your memories of him help you through this difficult time. Our thoughts and prayers are with you all.

Words can’t express how saddened we are to have lost such an amazing man,, however knowing he is finally at peace with his beautiful wife Margaret watching down over the beautiful family they created and their families brings a great sense of ease to our hearts.
You will forever be missed,
Love
Your great grand daughter Kassandra Marcotte Parsons and your great great granddaughter Aleena Smith