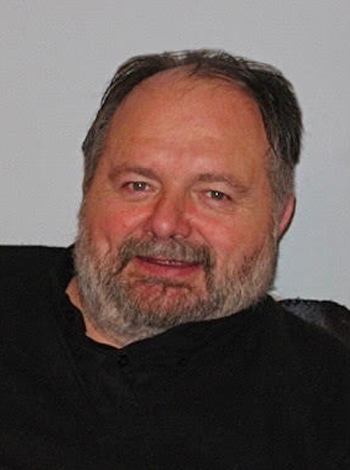 Pat is remembered for being civic minded. He played an active role in his community, serving as a member of the Lions Club and as both a councillor and the Mayor on the Portugal Cove Town Council. He participated as a representative in the Canadian Federation of Mayors and Municipalities. Pat was immensely proud of his hometown of Portugal Cove.

Pat enriched our lives with his love of learning. He approached the world with an open heart and open mind, being compassionate and helpful to his fellow man. He was fiercely loyal to his family and it was Patrick’s wish to be laid to rest amongst the many generations of Murray’s in the Holy Rosary Parish Cemetery in Portugal Cove.

Cremation has taken place and there will be no visitation. The immediate family has chosen to gather in a celebration of Pat’s life. We will miss his wonderful laugh.

In lieu of flowers, donations in Patrick Murray’s memory may be made to Bridges to Hope. www.bridgestohope.ca/fundraising

He was my special friend i loved him so much becoz he was such a great man i told him hed make an excellent tour guide for portugal cove ..such interesting stuff he told me about pc..yes he was proud and knew his surroundings alright
So much time has passed i knew there was a reason i couldnt reach him hoped it wasnt this but i know hes at eternal peace n rest..where we all end up..rip my friend

Sue and Mike Murray: My condolences to you and your family at this sad time. I hope that your happy memories will keep you going and may you find peace and comfort in the days ahead.

My sincere condolences go out to all of Pat’s family and friends.
Although our meetings were rare, usually at meetings of extended family., I will always remember him as a kind man and a very interesting conversationalist. His breadth of knowledge and experience was certainly admirable..
Please talk care of each other folks at these tender moments.

To all members of the Murray family We are so sorry to hear of Pat’s passing. Please accept our sincere condolences and know you are in our thoughts and prayers at this sad time. Vern and Elaine Abbott

Our deepest condolences to Mike ,Sue & family on Pats passing. Thinking of you! Kevin & Dot Ryan

Brian and Marion and family,
So sorry to hear of Pats passing. I know he was a big part of your life and I’m sure will be very much missed????
Thinking of you all,Susan and John Ralph

So sorry to hear of Pats passing. Deepest condolences to his family. R.I.P.

So sorry hear about Pat’s passing. Sending you my sincere thoughts.

so very sorry to learn of Pat’s passing. I grew up living near the Murray’s, Knew them all and missed our skateing on Murray’s Pond
God Bless

…To Diane, Sheila, Mike, Susan, Elsie, Brian,, the Murray family and all Pat’s friends… I am so very saddened by the loss of Pat… some of the earliest memories in my life of Pat and all the Murray family are deeply cherished… his hearty laugh, smile and constant infectious humour leave me with so many beautiful moments to remember … Sail on , Captain… it was an absolutely distinct pleasure to have known you…

Pat was one of the most interesting and smart fellows I went to school with, around mid sixties. Please accept my heartfelt condolences and deepest sympathy.

Our deepest condolences on Pat’s passing. Our thoughts are with you all during this time of great loss.

It is so very sad to hear of Pat’s passing.. He was a kind, intelligent man with tremendous knowledge. We know he will be greatly missed by all his family. We are sorry that we can not be with you during these Covid times, but know that we are thinking of all of you and send sincere condolences.

To the Murray family please accept my deepest condolences on Pat’s passing. May he rest in peace.

Our deepest condolences to all the family,. Pat was a great friend, and was always there through the years RIP Pat.

So very sorry to hear this. Deepest and most sincere condolences to Mike, Sue, Elsie, all immediate and extended family and a huge network of friends. Pat will be missed by so many. We all have special memories of him. May you all be consoled by yours and may God bless.

Pat had an extensive knowledge of the history of Portugal Cove which was always interesting to listen to and this is, in and of itself a loss to the community. Our thoughts are with the whole family.

Nicky and Family,
So sorry to hear of your dad’s passing. Although I hadn’t seen him in awhile he left a very memorable impact on me. My condolences to you at this time.

So very sorry to hear of your husband’s passing. You and your family have our deepest condolences.

Katie, Nickie, and Murray family.
So surprised and and sad to hear of my cousin Pat’s passing. Condolences to all, Love .

Dianne, Katie, Nick and all the Murray family.i
We remember great times shared with you guys and our kids,, here and in Hickman’s Harbour as well as Sandy Cove. Pat was a great co-worker and friend, kind, generous respectful, and oh so knowledgeable. We shall miss him so very much!

So sorry to hear of Pat’s passing. I had the pleasure of working and travelling the island with him many years ago. I always enjoyed his company and his Laugh. RIP my friend

Dianne, Nicole, Katie, and family,
I am saddened to hear of Pat’s passing – what lovely memories of fimes shared I have of him. I hole you in thought and prayer as you journey through gried.
Love
Ettie and Alison X

Pat was a remarkable man and it was an honour to have known him. May he rest in peace.

Dianne and Family, Please accept my deepest sympathy. I was shocked to learn that Pat had passed away. I have wonderful memories of Pat as a coworker and a friend. What a head full of knowledge he had. It was only about a month ago, while I was visiting the Trinity area, that I thought that I saw him in a crowd and was truly disappointed that it wasn’t him. Rest In Peace my friend.

Sincere sympathy to Pat’s family on his passing. Thinking of you all at this sad time.

Dear Dianne and family,
So sorry to hear of the passing of Pat. My heart goes out to you and your daughters and their families. Every life is precious. God Bless you all .

Diane & Family, please accept my deepest sympathy on your loss. Thinking if you.

To the family of Patrick,so very sorry for your great loss.your in our thoughts and prayers.May God grant him rest ,and you all peace. ????

Mike
May peace be with you and your family as you honour a great man, my cousin, your brother, with the celebration of his life and the impact he had on others.
Thinking of you today, my thoughts are with you friend.
May the comfort of God help you through this difficult time. We are sending our prayers and love to you all.