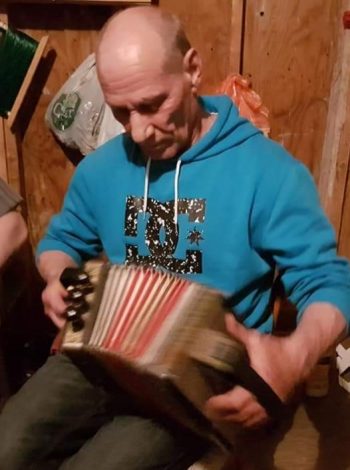 It Is with broken hearts and profound sadness, the Family would like to announce the passing of a loving Father, Brother, Grand Father, Great Grand Father and Friend, and one damn good Mechanic Jim Reid (age 70).

Cremation has taken place and will be followed by a celebration of life at Pendergast Funeral Home Quigleys line, Bell Island, On Thursday February 20 from 11am-1pm with a church service at the Anglican Church on Church Road Bell Island, at 2pm with a burial at the Old Anglican Cemetery, Bell Island. The family would like to thank the Health Science Center for the compassion shown to Jim and all the effort to make him better. In lieu of flowers the family would like a donation made to MADD in memory of Jim

To all of Jim’s Family,
Jim was such a sweet, caring, thoughtful, respectful, kind hearted man . My deepest condolences to you all during this heartbreaking time!! Rest In Peace Jim ???????? I’ll never forget you my friend!

Andrew,Brad,Shawn,so sorry to hear of Jim’s passing.I could not believe it when my neice contacted me about his obituary here.My deepest condolences to you and all the family.He was a very loving man and treated everyone with respect.I will never forget him.RIP Jim my friend and fly high with the Angels

Peace to his soul.

Deepest Condolences to the Jim’s family, fine fellow, he will be missed.

Our deepest condolences to the family. He was a kind and gentle man always treated people with respect. Gonna be missed by many. Fly high with the angels my friend. Rip Jimmy aka okey doke