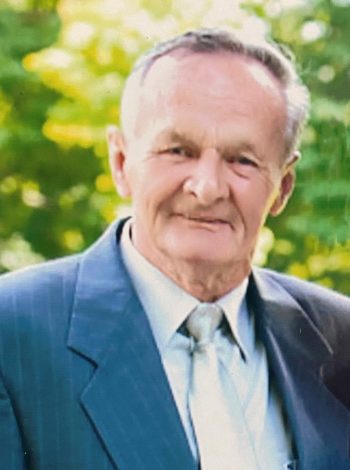 Kelvin spent many years employed with Department of Newfoundland and Labrador Transportation in Labrador until relocating to Portugal Cove where he was employed with Burns International Service Corporation of St. John’s for 25 years.

Kelvin had a love for nature. You could often find him next to a lake fishing, in a boat, or at the cabin with family and friends .  In his older years, he enjoyed staying active and loved to hit the trails.  He was a jack of all trades and loved to lend a helping hand.

As per Kelvin’s request there will be no visitation.  Funeral service will take place at 11am Thursday, September 30, 2021 at Carnell’s Memorial Chapel, 329 Freshwater Road followed by burial at St. Lawrence Anglican Cemetery, Bauline Line, Portugal Cove.

Special thank you to nursing staff at James Paton Memorial Hospital in Gander, management and staff at North Pond Manor in Torbay, 4 North A nurses and physicians at the Health Sciences Centre and the palliative care team at the L.A Miller Centre, St. John’s.

To his daughter Faye and sister in law Debbie who spent endless hours by his side, thank you.  To his special friend Daisy and her daughters Roxanne, Lorraine and Daphne who welcomed him as family during his time in Lewisporte, thank you for always looking out for him.

Donations may me made to the Janeway Children’s Hospital in his memory.

Sincere condolences to the Gear family on the loss of Kelvin. It was a pleasure to have known and spend time with him during his stay in central Newfoundland. May you all find strength in each other during this difficult time. Kelvin your lifes work and journey is complete. May you rest in eternal peace. God bless.

Carrie and Family,
Jeff and I are so very sorry to hear of your Pop’s passing. We know the bond you shared and how much of a light he was in your life. You will never regret a moment you spent together as I’m sure your Pop felt just how important he was and how deeply he was loved by you. We are lifting you up from afar. All our thoughts and love to you. Darlene and Jeff

RIP my friend, keep the shores open and the fiishing poles upright for when I see you again……..can’t wait to be casting with you. one more time……..it will be amazing as always…..

Faye so sorry to hear of your dads passing. Our condolences to you and your family.
Gerald and Barb Hogan

Kelvin was very special to our family, he will be missed very much!

The Earle Family
So sorry to hear of Kelvin’s passing, our deepest sympathy to all his family.

our deepest condolences to the family, god bless

I’m so sorry to hear of your Dad’s passing! I only met him once but I know first hand losing your Dad isn’t easy! My thoughts are with you and your family at this time xo

To Kelvin’s Family, so sorry for your loss. How pleasant it was to be greeted by Kelvin’s smile as I entered the NLCS Building on Higgin’s Line each morning! A very nice man indeed. May the memory of him live forever in your hearts.

Carrie and family,
So sorry to hear of your Pops passing, I know you shared a very special bond. Keep your memories close and think of him often as he will be watching over you always.
Take care, Denise & Mark Evans and family
Mike & Angela Reardigan and family

The Earle Family
I am so sad to hear of Kelvin’s passing. I met Kelvin over thirty years ago when we moved to Portugal Cove. I met him through his wonderful wife, Sharon. Sharon babysat The Morgan Boys on our street. Whenever I ran into Kelvin, he always had that beautiful smile and a hug. My thoughts and prayers are with you all at this sad time. Our deepest sympathies to all.

Carrie and family. We just returned to province and are saddened to hear of Kelvin’s passing. He was such a nice person and will always be remembered by us. Rest in peace Kelvin. God bless you all in his family. Vern and Elaine Abbott