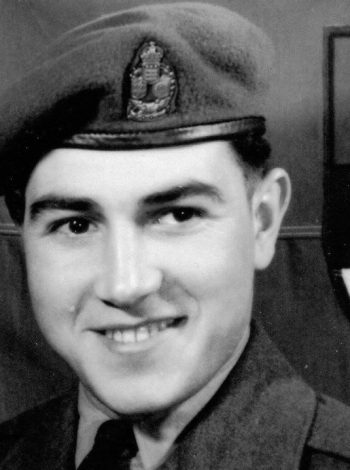 It is with heavy hearts we announce the passing of our Dad, Stan. He passed peacefully away after an extended stay at The Caribou Memorial Veterans Pavilion on Sunday, May 6, 2018 at the age of 86. Dad was proud of his service to his country, including his deployment to Korea during the conflict. Leaving to mourn are his daughters Beverly (Bob Wight), Pamela and Shelley (Brian Lewis), son-in-law Dale Power, grandchildren Ian (Robin), Erin, Christian (Suzzane), Nicholas (Logan), Hayley, Jason and Kimberley, great-grandchildren Berkley and Scout and extended family. He was predeceased by his loving wife of 45 years Lorraine (nee Parsons), daughter Deborah Power, sisters Victoria Hobbs and Elizabeth Murphy as well as his parents and in-laws. Many thanks to the staff of VP2 particularly Paula, Jacquie, Gail, Loretta, Commissionaire Nathan and frequent coffee buddy Melissa. Resting at Carnell’s Funeral Home, 329 Freshwater Road. Visitation will take place on Wednesday, May 9 from 2-4 & 7-9 p.m. and Thursday, May 10 from 2-4 & 7-9 p.m. Funeral service will be held from the Carnell Memorial Chapel on Friday, May 11 at 10 a.m. Internment to follow at the Anglican Cemetery, Kenmount Road. Family flowers graciously accepted or donations to the Heart and Stroke Foundation or the Diabetes Association would be most appreciated.

We’ll always remember Stan at the Veterans Pavilion. It was a honour to help him with his television and share many long chats with him over the years.

May the happy memories you shared bring you some strength and courage in the coming weeks and months…I cannot help but say how much you look like your dad, Shelley…

Family,
Sending our thoughts and prayers. Wish we could be there with you.
We’re happy that we were able to see Poppy this passed summer. He is loved and will be greatly missed. I will remember most the stoic and loving man from my childhood.
Christian & Suzzane

My sincere condolences to you and your family. My thoughts and prayers are with you in these difficult times.
Marielle

Shelley, Pam and Bev,
So sorry to hear about your dad.. Sending you our thoughts and prayers during this very difficult time. He will be reunited with your mom and Debbie. Another angel in heaven to look down on all you . Wish I was nearby to support you. If you need me you know how to reach me. Take care.
Connie and Jason Watts

Shelley and family,
Thinking of you at this very difficult time.

Shelly I am so sorry to hear of your Dad’s passing. I hope that you are able to keep your memories of him close to your heart during this difficult time. Keeping you and your family in my thoughts and prayers during this time.

Shelly, Pam, Bev
Please accept my sincere condolences on your Dad’s passing. He was a true gentleman. We will miss his jokes and laughter. He and I shared a love of old classic movies. It was truly an honour and privilege to care for him during his time at the Pavilion. Rest in Peace my friend, you will be missed.

Your dad meant a lot to me over the years, and I wish I could be there right now to say goodbye, there’s no one I’d rather have a coffee with and watch an old movie with then your dad. He was a true gem and I’ll miss his laugh and his stories. My condolences for your loss

Shelly,Pam, and Bev
Sorry for the loss of your dad
He will be missed at the pavilion
Thank you for sharing him with us these last few years. It was an honour and privilege to have cared for your dad.
Stan , Good night and God Bless.

My prayers go out to the family. So sorry for your loss.

Shelley, my thoughts and prayers are with you at this difficult time. Your Dad served our country; something to be so proud of. Hold your memories close to your hear forever and ever.

Shelley, so sorry to hear of the loss of your Dad. Please know that you and your family and in my thoughts and prayers. Hold tight to the wonderful memories you have as they will sustain you during the difficult days ahead. Sincerely, Debbie

Shelley, I am deeply saddened to hear of your Dad’s passing. Please know that I will be holding you and your family in my thoughts and prayers during this very difficult time. Sincerely, Bev

Shelley and Family. I am so sorry to hear of your Dad’s Passing. Know I am thinking of you and keeping you all in my thoughts. It was a privilege to have him as a part of our Remembrance Day tribute and his service to us does not go unnoticed. Take care and see you soon.
Ron

Shelley,
My sincere condolences to you and your family on the passing of your Dad. May the many good memories of your father give you peace during this sad time.

To the Hodder family,Stan will be missed at the miller,i will miss my daily visit early each morning as i would wish him good morning at the breakfest table and ask how he is today,and his reply to me would always be “well i’m up”.Also as we told jokes together as i made my rounds picking up the laundry i had to do that day.His laught was contagious.Stan will surly be in my memorie for a long time.will miss you old friend.

Shelley, Pam & Bev,
Thinking of you ladies today, I know without a doubt that your father is so proud right now.
Just having you ladies with him helped him on his journey.
It was a privilege and an honour to have cared for Stan for the last several years. I will treasure the friendship we had, I shed a tear today, not for your dadhis journey is done, but for those who will miss him, I’m honoured to have called him my friend.