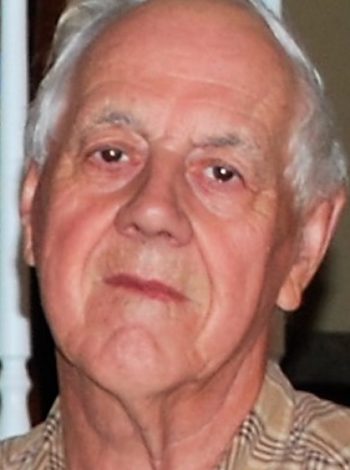 To view the service for George King on Monday, October 3 at 11:30 a.m. please click the following link:

Passed peacefully away on Thursday, September 29, 2022, in the presence of his loving family at age 88.

George was born in Grates Cove and worked with the Iron Ore Company of Canada in Labrador City. He later worked at the Masonic Temple in St. John’s until he retired.

Resting at Carnell’s Funeral Home, 329 Freshwater Road, on Sunday, October 2 from 2-4 and 7-9 p.m. Funeral service will be held from The Carnell Memorial Chapel on Monday, October 3 at 11:30 a.m. with interment to follow at the Anglican Cemetery Kenmount Road.

Flowers gratefully accepted or donations can be made to the Canadian Red Cross to help those impacted by Hurricane Fiona.

Pam, I’m so sorry to learn of your Dad’s passing. I know how close you were and how very much you love him. My condolences to you, Dale, Ben and Jonathan. May he rest in peace.
Gertie

Sending comforting hugs during this time of sadness. I heard many stories about both your parents during my 10 years working with Pam and many would end with us both having a laugh. Take peace in knowing they are together again and are so proud of you both for caring so well for them in their later years.

My sincere condolences on the passing of your Dad. I know you have lots of memories that will help you through this difficult time. Thinking of you both and all his extended family. Take care.

Remembering many happy memories with George and Lorraine .

Dale and family,
Sending you my deepest condolences at thiis sad time. May the precious memories of your Dad guide you through the difficult days ahead. Thinking of you all.