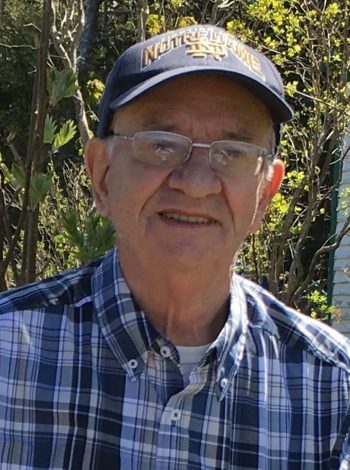 It is with sadness that the family of Peter Kenneth Oliver of St. John’s announces his peaceful passing on January 18, 2023, at the Health Sciences Centre after a short illness.  Peter was predeceased by his parents, William and Marjorie (nee England), his siblings, William and Sharon, and most recently, his partner of 23 years, Margaret Ryan (nee Hillier) whom he missed dearly.

Born on June 4, 1938, Peter grew up on Freshwater Road, attending St. Bonaventure’s College.  After graduating, he attended Iona College in New York.  Peter attained his Certified General Accountant (CGA) and worked as Provincial auditor until 1970 when he started work at City Hall and spent a 25 year career in the Department of Finance.  After retirement, he spent many hours at the provincial archives researching genealogy and family trees.  He also volunteered with the local CGA Association and the Roman Catholic church.  One of his proudest moments was being honoured as a Fellow of CGA (FCGA) of Canada in 2007.

Peter is survived by his sons Gregory (Elissa) of Mount Pearl and Stephen (Wendy) of Halifax, NS, his beloved granddaughter Jenna Drew, her mother Laura, and Elissa’s children Riley and Claire Vineham.  Uncle Peter will be missed by nephews Brian (Anna), Edmonton, and Michael, Ottawa, and niece, Marjorie (Will), Ottawa, Margaret’s family and grandchildren, as well as extended family friends in Harbour Breton and Triton.  Peter will also be missed by special friends, Gerald Devereaux and Patrick and Martha Ryan.  Special thanks to the staff from Comfort Homecare and 5NorthA for their care and attention over the past five months.

Resting at Carnell’s Funeral Home, 329 Freshwater Road.  Visitation will take place from 2-4 pm and 7-9 pm on Thursday, January 19, 2023.  Funeral service will take place at 1 pm, Friday, January 20, 2023, at Our Lady Queen of Families Church (St. Peter’s) located at 11 Ashford Drive, Mount Pearl.  Interment to follow at Holy Sepulchre Cemetery on Topsail Road.  Family flowers only please. Donations may be made in Peter’s memory to the ALS Society of Canada, Daffodil Place, or a charity of one’s choice.

Sincere condolences to Gregory, Stephen and families. I knew your dad from your school days and as a fellow graduate of Iona College. May he rest in peace.

My sincere condolences to the Oliver and Ryan family. I knew Peter when I worked in the CGA office and then got to know Margaret as well. They were inseparable.. May he Rest In Peace.

Steve & Wendy and Greg & Family, So sorry to hear of your Dad’s passing. May he be at peace and with his loved ones above. God Bless the family!
Bill Hurley

So sorry to hear of the passing of your father. Our thoughts and condolences are with your family.

Gregory and Stephen.. Sorry to hear this. Condolences to all the family. I worked with your dad at city of St. John’s in the finance department for several years. I recalled the other day how he tutored me in accounting courses. He knew his work and was patient as I struggled. I am happy to have known him. Rest in peace Peter.

Steve & Wendy and Greg & Family, So sorry to hear of your Dad’s passing. May he be at peace and with his loved ones above. God Bless the family!
Love Leonard ( Wendy’s Dad)and Iva

Steve and family: Allan and I are so sorry for the loss of your Dad. We are sending hugs and healing

Dear Greg and Steve, I was very sorry to hear of your dad‘s passing, he was a wonderful man and will be missed. Sincere condolences for myself and the children, may your dad rest in peace.

So sorry to hear of Peter’s passing but a full life lived and a good one at that. Living next door was reassurance that good people were still out there to help you along. Rest easy my friend and thank you for your kindness. All the very best to the boys and families.
Linda and Peter Richards.

Condolences to the Oliver & Ryan Families. Sorry to hear of Peters passing. You will be missed Peter – Fly High with the Angels.

I’m sure there will be a great game of cards tonight.