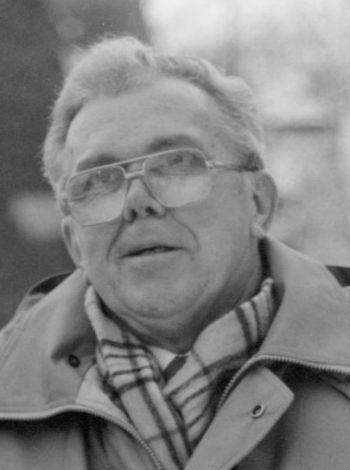 Passed peacefully away at the DVA Pavilion, on September 23rd, 2016, Vincent Reginald Taylor, aged 90 years. Predeceased by his wife Ruby Cavell Taylor (2013), mother Maria Grandy Taylor, father Jacob Esau Taylor, sisters Kathleen Taylor, Mary Anderson (husband Louis), and Helena King (husband Charlie). Leaving to mourn daughters Janet (Alec) Patch, and Linda Woolridge; son David (Tracey) Taylor; grandchildren Jacob and Brendan Patch, Benjamin and Andrew Taylor, James (Meghan) Woolridge and Kathleen Woolridge (Lucas Stewart) (father Jim Woolridge), and many nieces, nephews, relatives and friends. Vince was born in Belleoram, Fortune Bay. He completed high school there, and came to St. John’s afterward. He enlisted in the Royal Canadian Navy in 1944. After WW II he attended St. Francis Xavier University where he did his B. Sc. He went on to the University of British Columbia where he did his M. Sc. in Freshwater biology. He was a devoted husband and father, active in his church, and enjoyed walking, fishing, and reading. He worked at Federal Fisheries (DFO) as a biologist, and with his friend and colleague Bruce Bauld helped devise, develop, and put in place the fish ladders and supports to help the Atlantic Salmon return to and thrive in the rivers and streams of Newfoundland. Many thanks to all the staff at the DVA and the medical and nursing staff who cared for him beautifully during his time there. Also thanks to the recreation therapists who played countless games of cribbage with him, and planned all sorts of activities for all the veterans and residents at the DVA, to enrich their lives there, as well as all the other staff who were so kind to him during his stay. Resting at Carnell’s Funeral Home, 329 Freshwater Road, St. John’s. The family will accept visitors on Sunday, September 25th, 2016 from 2 – 4 p.m, and 7 – 9 p.m, Monday, September 26th, 2016 from 2 – 4 p.m and 7 – 9 p.m, and Tuesday, September 27th, 2016 from 2 – 4 p.m and 7 – 9 p.m. A funeral service will be held at St. Augustine’s Church on Wednesday, September 28th, 2016 at 10 a.m, with interment to follow in the Anglican Cemetery, on Forest Road. Flowers gratefully accepted, or donations in his memory may be made to a charity of one’s choice.

Sorry we are unable to visit with you but sincerely extend our sympathy on the passing of your father.

We have fond memories as neighbours on Burke Place & for many years, to our delight, each Spring your father gave us Rhubarb from his garden where we sat and had a good long chat.

Memories of your father’s life which was well lived, will bring you comfort and peace.

I’m very sorry for the your loss. It was an honour to have known and assisted your father at the Veterans Pavilion. I will miss your frequent and joyful visits.

Dear Linda, David and Janet. Please accept my sympathy. Your father is at peace and away from the troubles of this world. Unfortunately I am in Ontario and will not be returning until late next week. I have many memories of family times and gatherings in years gone by. I pray God’s comfort on each of you and your families. May the good memories linger for years to come. God bless. George Powell

My thoughts are with you during this difficult time. May your memories of your father sustain you. Hugs
Gladys